We are happy to report about replenishment of warehouse stocks with equipments for CATV FTTx of networks from legendary producer Telmor-Telkom. 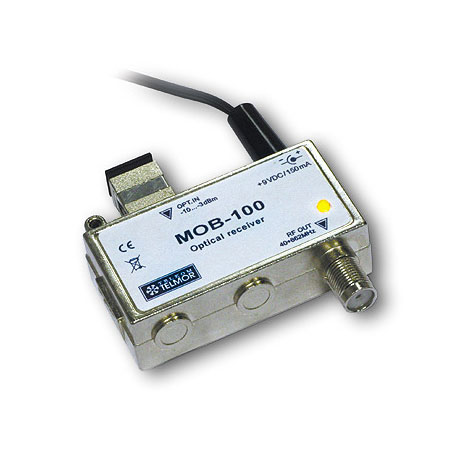 The optical MOB-100 microreceiver is the modern receiver intended for application of FTTH (Fiber To The Home).

The simple design of the optical receiver provides considerable depreciation of installations, and also the maintenance of modern network of cable TV. 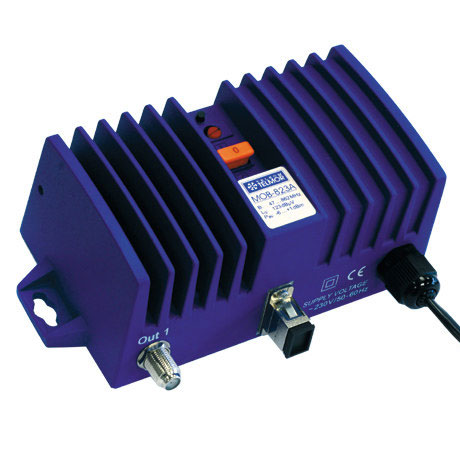 MOB-823A is a modern optical receiver for applications FTTx-networks – “optics to the house”. The receiver is equipped with function of automatic adjustment of strengthening. This system controls the entrance optical level and respectively corrects strengthening of a signal so that at the coaxial exit to provide the constant, signal level set in advance. 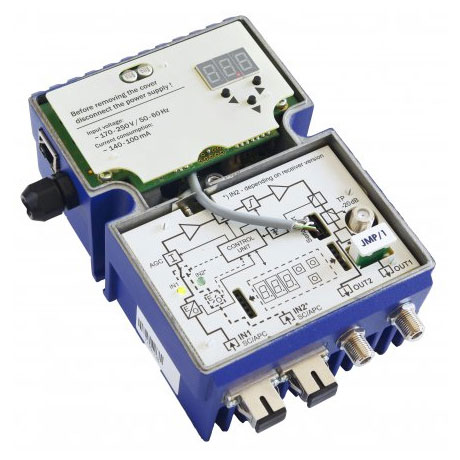 MOB-729 is the modular optical receiver intended for work in networks with architecture of FTTH. It has a function of reservation of an optical entrance and it is equipped with electronic adjustment of the direct channel that allows reserving an input signal. The built-in system of ARE supports the constant high output RF signal.

MOB-729, depending on completion, can work both with the keypad of the “hot-swap” module, and with the monitoring module. This module gives the chance on remote control via the RJ45 interface by means of the SNMPv2c standard and the built-in WWW page. Depending on the used insertion on an output, it can service one or two RF of an output like “F”. The built-in system of monitoring gives the chance in distance from the receiver to change its output levels, to set abnormal thresholds and to switch spare inputs. Monitoring of output level happens with the help of sintered RF indicator. 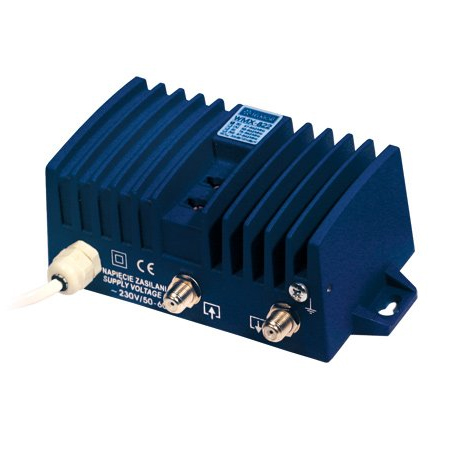 Amplifiers of the WMX-x22 series are developed for operators of STV, exacting to quality of the transmitted signal, simplicity of operation and cost of a product. The amplifier allows to apply existence of two executions of output level to different value of house networks.

The possibility of a distant or local power supply of the amplifier allows selecting an installation place freely.
Wideband amplifiers of the WMX-x22 series are intended for operation inside buildings 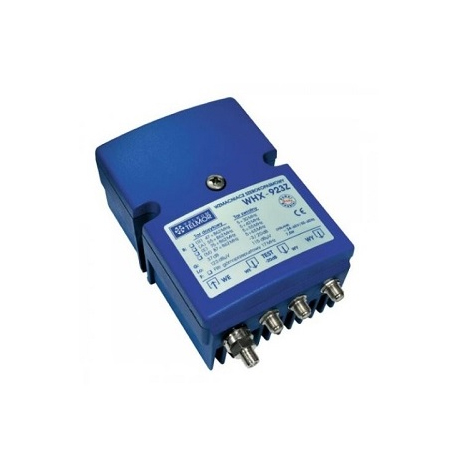 WHX-823 and WHX-923 are compact distribution amplifiers for use on the modern networks of cable TV.By application of the latest GaAs technology in amplifiers are reached excellent parameters of a signal – high output level in case of the small level of intermodulation noises, energy consuming is reduced.

The WHX amplifier is issued in two executions: with the smooth leveling adjustment of a signal and inclination of AChH WHX-823 and with the discrete regulation of parameters of a WHX-923 signal (JXP insertion).
The cast compact casing with measuring and the main outputs is used.