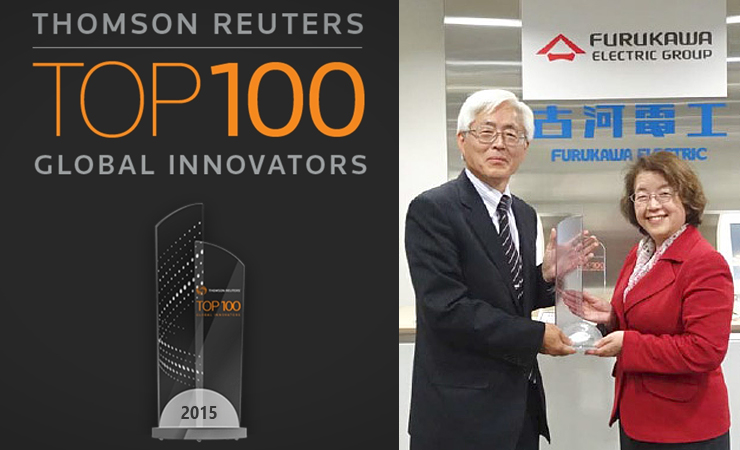 In addition to being highly rated on “success” (based on the rate of patent registration) again this year, Furukawa Electric was also evaluated this time as having further improved its “globalization” in terms of the fine balance of patents obtained in China, the US, Europe, and Japan.